The Meaning of Easter

Easter can be described as the time of Christ’s victory over the power of death. When Jesus Christ died, He resurrected 3 days later after His crucifixion. Until this day we call that day of His resurrection, Easter Monday. Easter in other words, is the fulfillment of the prophecy of the coming Messiah who would be bear the pain of our iniquities, killed for our sins, and on the 3rd day will rise again from death – Isaiah 53. Ever since then, Christians around the world have celebrated the resurrection of Jesus, which is a way to we renew our daily hope that our sin was nailed on the cross of Calvary hence we have victorious.

Quote Of The Day

Romans 6:3-5 – “Or do you not know that as many of us as were baptized into Christ Jesus were baptized into His death? Therefore we were buried with Him through baptism into death, that just as Christ was raised from the dead by the glory of the Father, even so we also should walk in newness of life. For if we have been united together in the likeness of His death, certainly we also shall be in the likeness of His resurrection“

Easter Bible Verses on the Resurrection of Christ

Christ died for our sins according to the Scriptures, that he was buried, that he was raised on the third day. – 1 Corinthians 15:3-5

The Christ will suffer and rise from the dead on the third day, and repentance and forgiveness of sins will be preached in his name. – Luke 24:46-47

We know that Christ, being raised from the dead, will never die again; death no longer has dominion over him. – Romans 6:9

According to his great mercy, he has caused us to be born again to a living hope through the resurrection of Jesus Christ from the dead. – 1 Peter 1:3

For as by a man came death, by a man has come the resurrection of the dead. For as in Adam all die, so in Christ shall all be made alive. – 1 Corinthians 15:21-22

that I may know him and the power of his resurrection, and may share his sufferings, becoming like him in his death – Philippians 3:10

just as Christ was raised from the dead by the glory of the Father, we too might walk in newness of life. – Romans 6:4

But he was wounded for our transgressions; he was crushed for our iniquities; on him was the chastisement that brought us peace, and by his stripes we are healed. – Isaiah 53:5

He was delivered up for our trespasses and raised for our justification. – Romans 4:25

who through him are believers in God, who raised him from the dead and gave him glory, so that your faith and hope are in God. – 1 Peter 1:21

If Christ has not been raised, your faith is futile and you are still in your sins. – 1 Corinthians 15:17

God raised the Lord and will also raise us up by his power. – 1 Corinthians 6:14

If you confess with your mouth that Jesus is Lord and believe in your heart that God raised him from the dead, you will be saved. – Romans 10:9

For God so loved the world that he gave his one and only Son, that whoever believes in him shall not perish but have eternal life. – John 3:16

He will swallow up death in victory; and the Lord GOD will wipe away tears from off all faces. – Isaiah 25:8

Who is to condemn? Christ Jesus is the one who died – more than that, who was raised – who is at the right hand of God, who indeed is interceding for us. – Romans 8:34

Praise be to the God and Father of our Lord Jesus Christ! In his great mercy he has given us new birth into a living hope through the resurrection of Jesus Christ from the dead. – 1 Peter 1:3

Then Jesus came to them and said, All authority in heaven and on earth has been given to me. Therefore go and make disciples of all nations, baptizing them in the name of the Father and of the Son and of the Holy Spirit, and teaching them to obey everything I have commanded you. And surely I am with you always, to the very end of the age. – Matthew 28: 18-20

He then began to teach them that the Son of Man must suffer many things and be rejected by the elders, the chief priests and the teachers of the law, and that he must be killed and after three days rise again. – Mark 8:31

You killed the author of life, but God raised him from the dead. We are witnesses of this. – Acts 3:15

It was now about noon, and darkness came over the whole land until three in the afternoon, for the sun stopped shining. And the curtain of the temple was torn in two. Jesus called out with a loud voice, Father, into your hands I commit my spirit. When he had said this, he breathed his last. The centurion, seeing what had happened, praised God and said, Surely this was a righteous man. – Luke 23:44-47

He is not here; he has risen! Remember how he told you, while he was still with you in Galilee: The Son of Man must be delivered over to the hands of sinners, be crucified and on the third day be raised again. – Luke 24:6-7

But God demonstrates his own love for us in this: While we were still sinners, Christ died for us. – Romans 5:8

And being found in appearance as a man, he humbled himself by becoming obedient to death – even death on a cross – Philippians 2:8

Jesus answered them, Destroy this temple, and I will raise it again in three days. – John 2:19

The angel said to the women, Do not be afraid, for I know that you are looking for Jesus, who was crucified. He is not here; he has risen, just as he said. Come and see the place where he lay. Then go quickly and tell his disciples: ‘He has risen from the dead and is going ahead of you into Galilee. There you will see him. Now I have told you. – Matthew 28:5-7

Checkout our other life changing quotes

I am the Editor-In-Chief for Recipes & Quotes. I am a System Engineer by profession and also mobile game developer. I believe in self-motivation and take inspiration from successful enterprises. In my spare time, I love to post quotes on various topics that affects us on a daily basis and hope they all inspire someone out there. 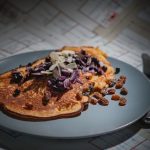 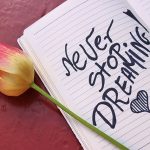 Back to Top
Close

Your password reset link appears to be invalid or expired.

To use social login you have to agree with the storage and handling of your data by this website. %privacy_policy%