A collection of over 90 international women’s day quotes that will inspire every woman on earth. This is a special day for everyone to celebrate all women on the planet for their achievements and contribution towards making this world a better place to live in.

“You cannot be broken because you are a diamond, tougher than nails and a jewel in the rough.” – Unknown

“If you have knowledge, let others light their candles in it.” – Margaret Fuller

“Never ever mistake her silence for weakness. Remember that sometimes the air stills before the onset of a hurricane.” – Unknown

“You don’t have to play masculine to be a strong woman.” – Mary Elizabeth Winstead

“A woman with a voice is by definition a strong woman. But the search to find that voice can be remarkably difficult.” – Melinda Gates

“Women are the real architects of society.” – Cher

“Life is tough, my darling, but so are you.” – Stephanie Bennett-Henry

“She overcame everything that was meant to destroy her.” – Rumi

“A woman is like a tea bag: You can’t tell how strong she is until you put her in hot water.” – Eleanor Roosevelt

“There is no force more powerful than a woman determined to rise.” – W.E.B. Dubois

“Nothing can dim the light which shines from within.” – Maya Angelou

“Some days, she has no idea how she’ll do it. But every single day, it still gets done.” – Unknown

“Women must try to do things as men have tried. When they fail, their failure must be but a challenge to others.” – Amelia Earhart

“Above all, be the heroine of your life. Not the victim.” – Nora Ephron

“Cinderella never asked for a prince. She asked for a night off and a dress.” – Kiera Cass

“When women support each other, incredible things happen.” – Unknown

“Think like a queen. A queen is not afraid to fail. Failure is another steppingstone to greatness.” – Oprah Winfrey

“How wrong it is for a woman to expect the man to build the world she wants rather than to create it herself.” – Anais Nin

“Women are the largest untapped reservoir of talent in the world.” – Hillary Clinton

“The world needs strong women who will lift and build others. Who will love and be loved. Women who live bravely, both tender and fierce; women of indomitable will.” – Amy Tenney

“Some women fear the fire. Some women simply become it.” – R.H. Sin

“Sometimes it’s the princess who kills the dragon and saves the prince.” – Samuel Lowe

“And one day she discovered that she was fierce and strong and full of fire, and that not even she could hold herself back, because her passion burned brighter than her fears.” – Mark Anthony

“Yes, she knows pain, but she is strength. Her heart knows no other way.” – A.R. Asher

“Know what your worth is and then add tax to that amount.” – Unknown

“What’s the greatest lesson a woman should learn? That since day one, she’s already had everything she needs within herself. It’s the world that convinced her she did not.” – Rupi Kaur

“Some of us are becoming the men we wanted to marry.” – Gloria Steinem

“I expect woman will be the last thing civilized by man.” – George Meredith

“After all those years as a woman hearing, ‘not thin enough, not pretty enough, not smart enough, not this enough, not that enough,’ almost overnight I woke up one morning and thought, I am enough.” – Anna Quindlen

“Girls should never be afraid to be smart.” – Emma Watson

“I want every girl to know that her voice can change the world.” – Malala

“The best protection any woman can have is courage.” – Elizabeth Cady Stanton

“There is nothing stronger than a broken woman who has rebuilt herself.” – Hannah Gadsby

“Be the woman you needed as a girl.” – Unknown

“Never be ashamed of a scar. It simply means you were stronger than whatever tried to hurt you.” – Unknown

“In our society, the women who break down barriers are those who ignore limits.” – Arnold Schwarzenegger

“A girl should be two things: Who and what she wants.” – Coco Chanel

“To tell a woman everything she cannot do is to tell her what she can.” – Spanish Proverb

“Where there is a woman, there is magic.” – Ntozake Shange

“Women are made to be loved, not understood.” – Oscar Wilde

“We all have a ‘Wonder Woman’ inside of us.” – Unknown

“She looked back on her life and realized that everything that happened only made her stronger.” – Unknown

“I am proud of the woman I am today because I went through one hell of a time to become her.” – Unknown

See also  50 I am Sorry Quotes That Changed My Life

“There’s something about a woman with a loud mind that sits in silence, smiling, knowing she can crush you with the truth.” – R.G. Moon

“No one can make you feel inferior without your consent.” – Eleanor Roosevelt

“If you obey all the rules, you miss all the fun.” – Katherine Hepburn

“There’s nothing a man can do that I can’t do better and in heels.” – Ginger Rogers

“I’m tough, I’m ambitious, and I know exactly what I want. If that makes me a bitch, okay.” – Madonna

“She has been through hell, so believe me when I say, fear her when she looks into fire and smiles.” – E. Corona

“Sometimes it takes balls to be a woman.” – Unknown

“You are a woman; that is your superpower.” – Unknown

“Women are incredible in groups together. Terrifying. Men have nothing on them.” – Michael Hutchence

“We realize the importance of our voice when we are silenced.” – Malala Yousafzai

“She was a wild one. Always stomping on eggshells that everyone else tip-toed on.” – Kaitlin Foster

“Stop waiting to find the light at the end of the tunnel and be the light for yourself.” – Unknown

“She remembered who she was and the game changed.” – Lalah Deliah

“A successful woman is one who can build a firm foundation with the bricks others have thrown at her.” – Unknown

“She was a true fighter; you could see it in her eyes. She wasn’t born strong, she was made strong. She was sculpted to be her own when the world let her down and she kept picking herself back up.” – Unknown

“Never bend you head. Always hold it high. Look the world straight in the face.” – Unknown

“Throw me to the wolves and I will return leading the pack.”

“Her soul is fierce, her heart is brave, her mind is strong.” – Unknown

“A strong woman looks a challenge in the eye and gives it a wink.” – Gina Carey

“Women hold up half the sky.” – Mao Zedong

“A woman should be like a single flower not a whole bouquet.” – Anna Held

“Your life isn’t yours if you constantly care what others think.” – Unknown

“She never seemed shattered to me; she was a breathtaking mosaic of battles she’s won.” – Matt Baker

“There is no limit to what we, as women, can accomplish.” – Michelle Obama

“It’s okay if you fall down and lose your spark. Just make sure that when you get back up, you rise as the whole damn fire.” – Colette Werden

“You were given this life because you are strong enough to live it.” – Unknown

“She wore her scars as her best attire. A stunning dress made of hellfire.” – Daniel Saint

“I do not wish women to have power over men, but over themselves.” – Mary Shelley

“The most beautiful thing a woman can wear is confidence.” – Blake Lively

“Females are strong as hell.” – The Unbreakable Kimmy Schmidt

“Women’s value has been under-recognized for far too long.” – Sidney Sheldon

“I know what I bring to the table… So trust me when I say I’m not afraid to eat alone.” – Unknown

“She is strong, but not in the ways most people think. She loves more than she’ll ever get back and she knows it, yet she loves anyway.” – J.M. Storm

“A strong woman can also be vulnerable. Just because there’s a crack in your armor, don’t doubt your strength for one moment.” – Unknown

“She’s a strong cup of black coffee in a world that is drunk on the cheap wine of shallow love.” – Unknown

“She believed she could, so she did.” – Unknown

“She’s everything; even when she’s treated like nothing.” – R.H. Sin

“She promised better things for herself, so she sought out those things and never looked back.” – Unknown

“What we women need to do, instead of worrying about what we don’t have is just love what we do have.” – Cameron Diaz

“The age of a woman doesn’t mean a thing. The best tunes are played on the oldest fiddles.” – Ralph Waldo Emerson

“A charming woman doesn’t follow the crowd; she is herself.” – Loretta Young

“You can always tell who the strong women are. They are the ones you see building one another up instead of tearing each other down.” – Unknown

“The strongest action for a woman is to love herself, be herself, and shine amongst those who never believed she could.” – Unknown 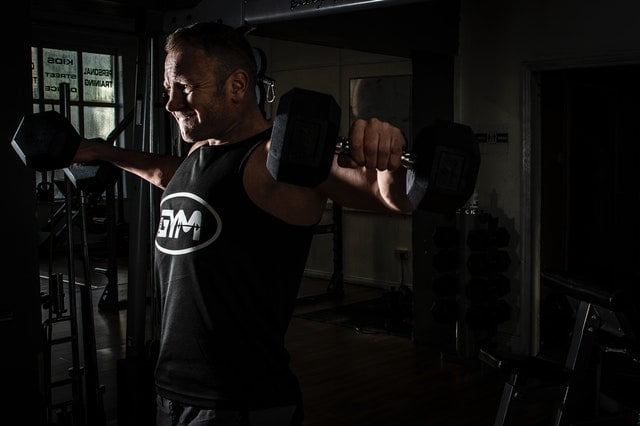 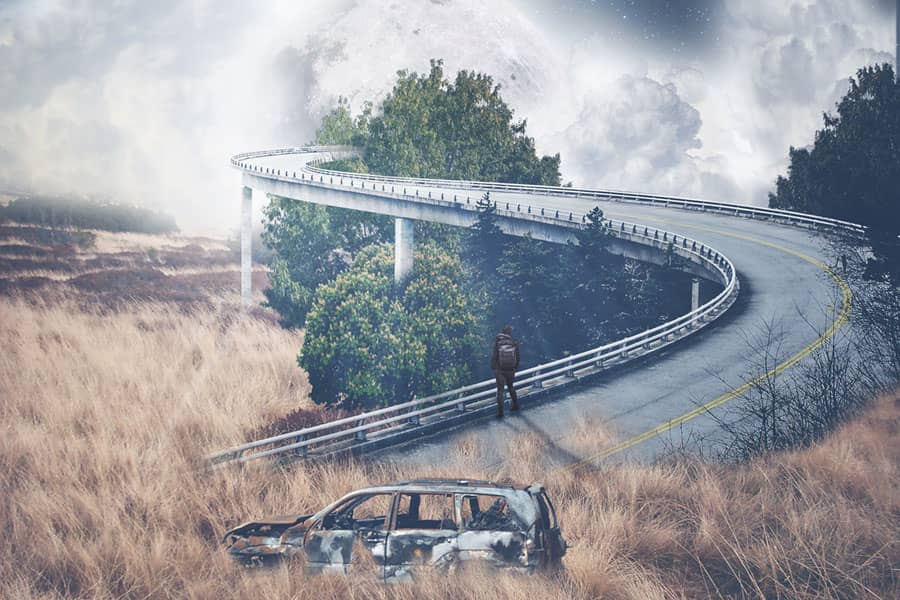 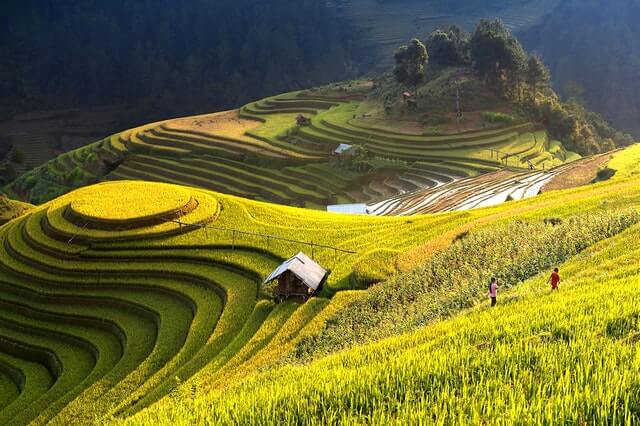 40 Quote About Nature And Beauty